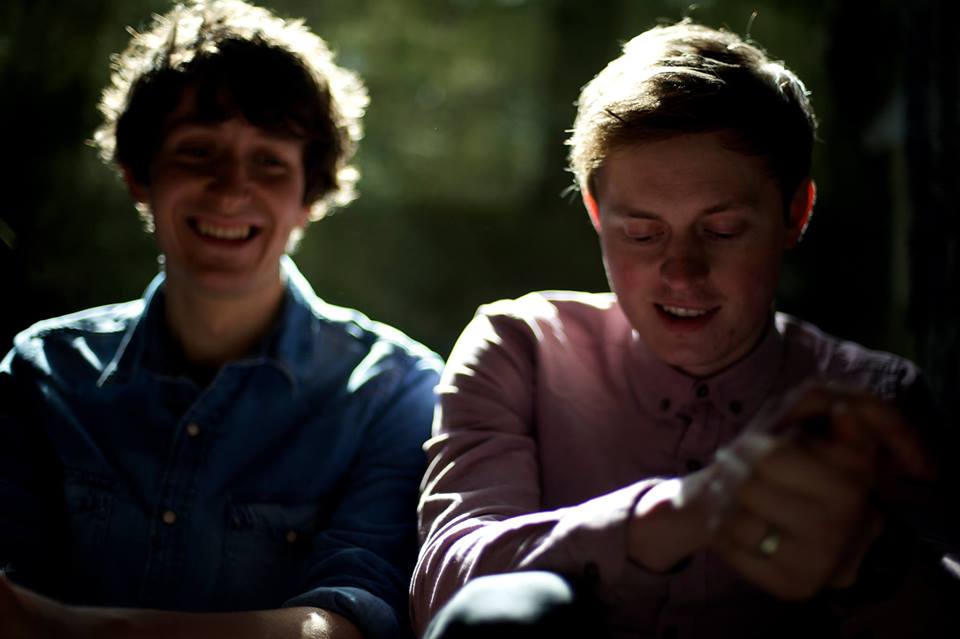 Flowerfield Arts Centre presented The Sunday Brunch Sessions on the last day of the festival. Hosted by Ralph McClean it was made up of two sets; three artists in each singing In The Round. We were greeted with fresh coffee, sweet breads, and other delicacies on our arrival. The air was filled with chat and the smell of that coffee. The theatre was set up with tables so we could eat and drink while watching the singers. This had been beautifully thought out.

Patrick Freeman opened proceedings with ‘Perfect Fit’. There was no intro; it just went straight to the music. The room was quiet for the seated singer-songwriter and former member of John Blek & The Rats. ‘Perfect Fit’ had a strong 70s feel to it. The opening bars were as sad and romantic as those classic 70s love songs, and his voice even on occasion showed vague signs of a Marc Bolan warble. “It’s just the pain that’s left, to keep you hoping for tomorrow”. That voice was world weary; the guitar lighter than that, the audience hooked.

Ben Robinson of Sullivan And Gold took up the mantle next. I thought we were ready for this, but I had no idea what was about to happen. High keening vocals opened the song, followed in hand by perfect, simply perfect singing. I didn’t catch the name of the song, and that is my loss. My pen froze in my hand; I wrote no notes. I was captured. The room was pin drop silent. “We learn to live with suffering this country’s bitter fruit”, he sang just before it got louder, more fervent. Somebody put me out of my misery. What was that song?

Then the round was handed over to Hannah McPhillimy, seated at the piano. I had seen her the night before at the Ramada and was keen to hear some more. ‘Take Care’ started with some undecorated piano, then it tailed off as she sang. “Take care you said as you turned and walked, next time don’t waste your breath”. That feeling continued for a few more lines until the piano came back, making it all colour, no more black and white.

The round circled twice more with each of these artists. This time with some words before the singing. So over the course of his next two songs Patrick Freeman introduced himself and his transatlantic travels before settling down to sing. In ‘Cherry Blossom’ his voice was a mix of Vikesh Kapoor and Jonah Tolchin and the guitar had that regular heartbeat of a folk protest track. But it wasn’t. “You can’t seem to walk away, though you know you would be right to leave me”. The last words were raised in volume and note. He gave his signature nod to us when he finished. I wanted him to sing another.

Ben Robinson wrote ‘Jigsaws’ when he wasn’t well. He described it as the result of delirium and “thoughts of CS Lewis” as he settled onto the piano stool he had swopped with Hannah. The range in Ben’s voice was tested just a few lines in with shifts from high to low. The piano was sparse; it was light and it talked back to him. “I’ve been making a list up of who knows me best, there’s only one name on it, it’s you I confess”. Simple, beautiful words.

“I wrote this when I was feeling a bit overwhelmed” Hannah confessed, seated again at the piano in this final song of the set. “It’s probably a bit over dramatic, so bear that in mind”. The song ‘Still’ started with high strong vocals. The intense piano took turns with itself. Sometimes a single note would illustrate the word it ran beside. Sometimes it was like fast water underfoot. The song showed off the fullness of her voice right through to that last long stretched note. In the pause before the applause I heard a whispered “wow” from the table behind me. I knew how they felt.

This ended the first set of The Atlantic Sessions Sunday Brunch in the Round. Three astounding talents. This was going to be a hard act to follow frankly. I topped up my coffee cup for Round II.

Many thanks to Ralph McClean for the photo.