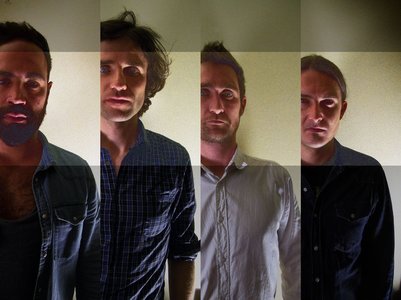 "Epileptic in a classy way..."

Mnemotechnic “A band that breaks wood”, as would be said in this very earthy part of France that is the very tip of Brittany.

Epileptic in a classy way, rough as it should be, dry like champagne, these Mnemotechnicians are having a field day. And on stage, it’s even more obvious, as recently proven by their damn efficient gig at the mythical French Rock club le gibus in Paris.

Should some “influences” be mentioned, let’s say in a jumble Fugazi, Black Flag or At The Drive-In, as well as vampire week end on a drip. That’s how some delicate pop moments also come up among this very rough musical sound.

Their first LP, 'Awards', deserves a much broader distribution, so don’t think twice and or hesitate get it on their socal networks or have a look here .