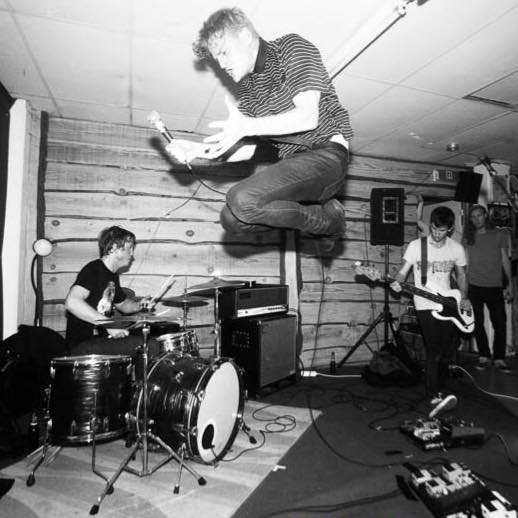 "Nearly every track on this album will undoubtedly leave your ears exhausted and your head throbbing."

Having spent the best part of the last eight years on the road sharing stages with everyone from Franz Ferdinand to Wolfmother, working with the likes of Steve Albini and Kevin S. McMahon, and releasing a shed load of EP’s and albums worth of relentless noisy post-punk, Die! Die! Die! return triumphantly with their new Smalltown America release, and fifth LP to date, 'Swim'.

Straight off the mark, Die! Die! Die!’s incentives are clear. They want to make your head hurt. These three New Zealanders kick out the snottiest, riff driven wall of sound you’ll ever need, and follow suit with countless other three pieces that apply the following golden rule to music making – make more noise than any band with more people in it could ever make and more!

For better or worse, the album’s opening and title track is its barefaced forte. The unhinged guitar riffs that swirl around your ear with each chorus almost sound out of time as they’re executed with such speed and zest. It’s desperately exciting and feels as though it could fall apart at any second. Coupled with Andrew Wilson’s compelling vocal line, this opening track boasts a seamless blend of snarl and melody that will have you hitting the repeat button multiple times.

Despite favouring the crash bang wallop approach rather than crafting a serene and sensitive ditty, Die! Die! Die! are not opposed to dynamic change. Songs like "Don’t Try" see the three-piece take their foot off the gas for a minute to take things to a slightly more poignant place. Similarly, ‘Angel’s “ooh’s” and “ah’s” make for an agreeable melodic passage slap bang in the middle of the record, giving you a slight breather from the ruthless fuzz.

Die! Die! Die! roam through their twelve tracks strong 'Swim' with gusto, spitting out chorus after chorus with malicious intent, backed by a wall of thundering bass fuzz and sincere whammy bar manipulation. For those that revel in the fusion of punk energy with wall of sound electric guitars, you are in for a sure treat. The high-energy, adrenalized aural assault that Die! Die! Die! employ to nearly every track on this album will undoubtedly leave your ears exhausted and your head throbbing.

'Swim' is out now on Smalltown America Records. 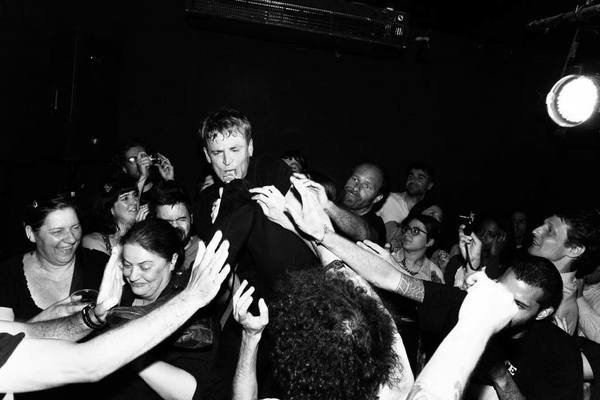