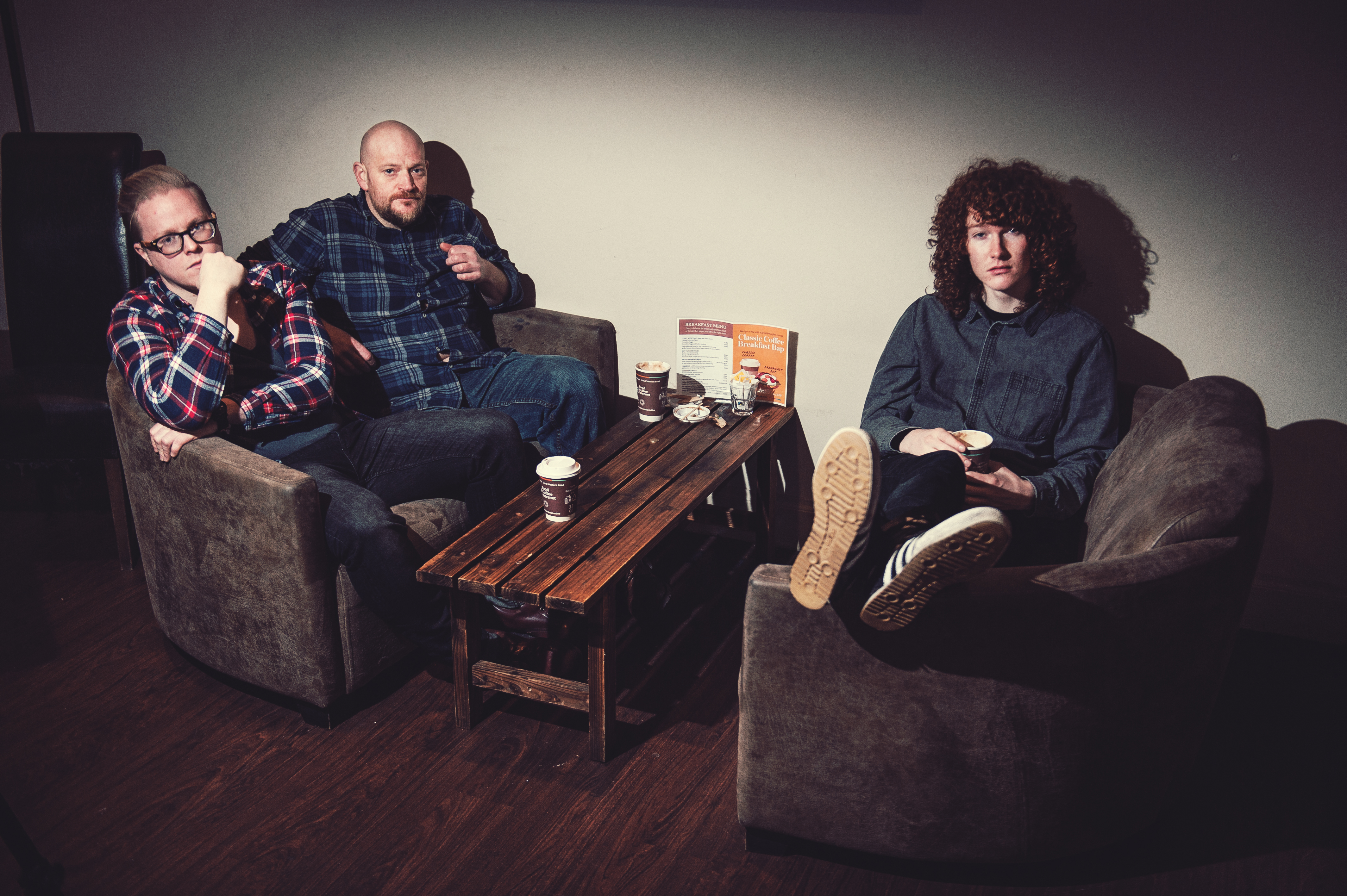 "Mainly due to their spiky riffs, broad Scots accents and a leaning towards some fantastic melodies."

I’m determined to not use two words that will inevitably come up when other people discuss Carnivores, mainly due to their spiky riffs, broad Scots accents and a leaning towards some fantastic melodies. Without giving too much away those words rhyme with ‘Sniffy Biro’, but as I said I will do my best not to breach this lazy and tired comparison…although I sort of just did.

The description of Carnivores in their press release as “Weezer being beaten by Dillinger Escape Plan” caught my interest straight away. One song into ‘Let’s Get Metaphysical’ and I wasn’t feeling that at all. Maybe if someone had said that ten years ago, yes, fair enough but as music, genres, tastes and trends develop, to be honest, nah, not really, as they sound ‘current’. Heavy yet melodic bands are ten a penny and have been for about eight years now. I’d draw more complimentary comparisons to Dinosaur Pile Up, Reuben and Alexisonfire, and, of course, the previously ‘unmentioned’ band.

The Scots three-piece have a genuine knack for combining melody and perfectly crafted modern alt-rock songs, so much so that it almost makes some of the heavier moments come across as slightly forced just because of the sheer ease of the choruses which whip you up and insert themselves in your brain.

Not the subtlest delivery of messages, it’s all hidden in plain view which will probably lead to cries of ‘preachiness’ but to be honest the world could do with a bit of moral guidance, and I for one would rather it came backed up with heavy riffs and pounding drums, and from a Scot. "Apathy in the UK" serves as a fine example of this – whether they’d have changed the title of that if that recent vote thing went the other way is yet to be confirmed though. It’s loud and to the point, and I do admire this no bullshit approach. "Shadow of a Shadow" is also a wonderful no holds barred account of life in an unsigned/underground band that tells the tales of that world perfectly.

"Insecuricor" is the song that really caught my attention upon first listen. With its Billy Talent-y verse, it then launches from a riff-heavy frenzy to a wonderful chorus that could rival early Foo Fighters. Its heavier moments reminded me a lot of Reuben and We Are Knuckle Dragger, furious and jagged. If this sounds appealing try and track down "Crooked Teeth", "Scottish Football" and "Lion Tamer".

"The Second Wave of Yuppy Scum" is a fantastic song and harking back to my initial feelings about Carnivores and their sound – ten years ago this sort of thing would be nowhere near the radio but now, thanks to many great alternative bands opening things up that little bit more I could seem them reaching some hefty heights.

Delighted to bring you news of the sixth live album in our series of exclusive studio recordings, documented in the company of an incredibly handsome audience at STA HQ, Derry.Carnivores... Read On »
Back to Magazine