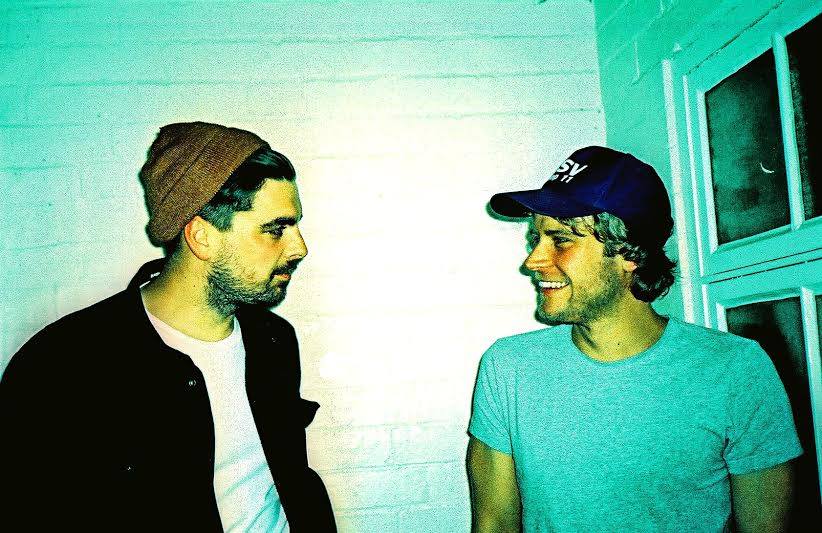 "From the blaring 30 second intro of sampled noise, its clear that this record is on a different level from the instant, almost pop-like charm of their previous bands."

Burning Alms members John Biggs and Tom Whitfield have been playing in bands together for nearly a decade and through these different guises are still experimenting and creating new music together. This particular project has been up and running for a couple of years, and after a year or so in the making we finally have a debut full length on our hands.

‘In Sequence’ sees the duo delve deep into their music collections, creating a record that is theatrically dynamic and fearlessly progressive. From the blaring 30 second intro of sampled noise, its clear that this record is on a different level from the instant, almost pop-like charm of their previous bands. "The Aperture Colonised" backs this up as it explodes in a hurricane of rumbling drums and frantic guitar work, with fragile yet melodic vocals that offer a moment of respite in the verses.

This record definitely has an atmosphere to it, it’s dark and brooding but full of melody and eclecticism to counteract it’s noisy, punkish snarl. "So Unreal" and "Mid Storm Still Ending" are perfect examples of this balance in melody and noise. The band don’t stop there in trying to create this mood with winding, hypnotic instruments ("Night Climates"), delicate, bewildering acoustic tracks ("The Pastoral"/ "The Periphery") and plenty of noisy, experimental interludes ("Ressler"/ "In Sequence").

It would be fair to call this album a collage of sounds and ideas. Some of the songs are over almost too quickly when listened to on their own but in the album context, fit together intriguing well; it’s really quite the journey. You can tell this is an album the duo have always wanted to make; they’re not holding back and throwing in all their influences into a big melting pot. Although some of songs take on a much murkier, fuzzier feel, there still lies the sharpness and urgency that made us adore their previous projects; Tom’s Drums are still packed with strength and energy and John’s vocals tugs onto your heart strings with his delicate yet passionate croon. ‘In Sequence’ may seem dark and heavy going on first listen, but stick with it and it reveals itself as a really spellbinding and beautiful set.