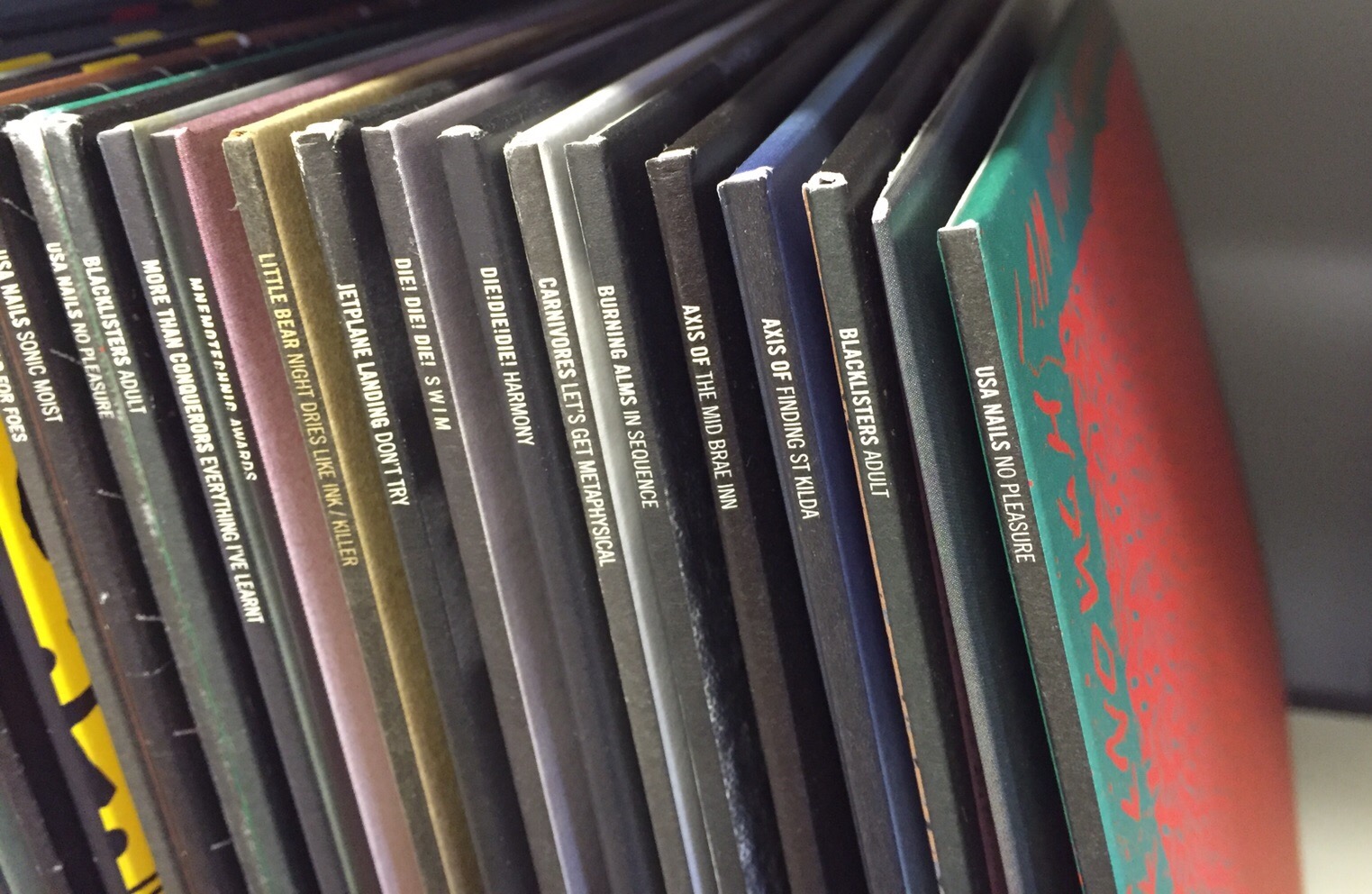 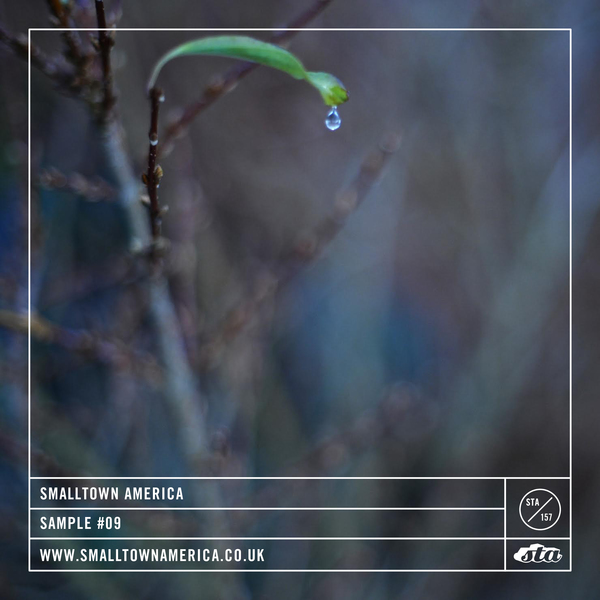 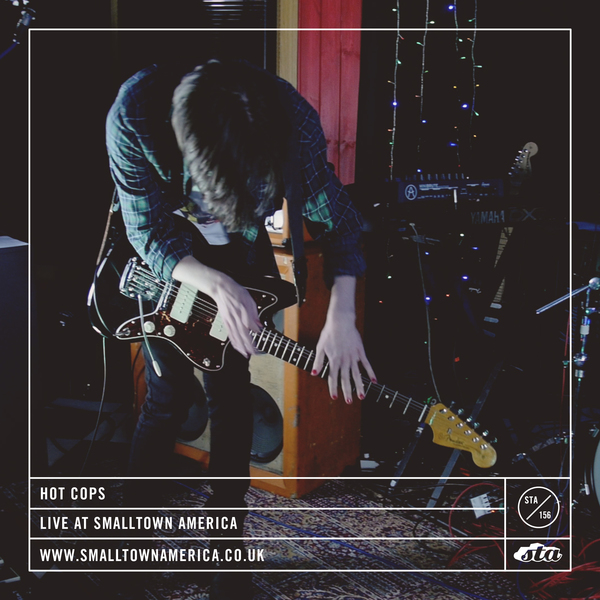 Hot Cops play their set with equal nods to 'Pig-Lib'-era Malkmus and the tougher, distorted dynamic of Rancho De La Luna Arctic Monkeys. Their star is in the ascendency - this show capturing why everyone is getting so excited North of the border. 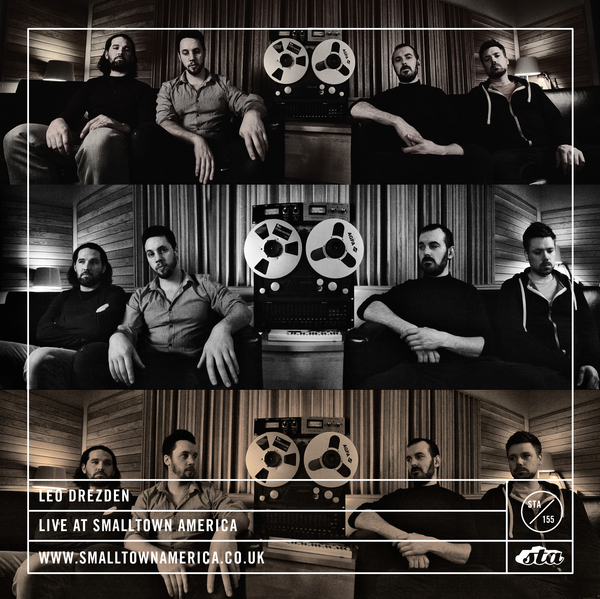 Leo Drezden merge breathtaking technical skill with killer groove and euphoric peaks. Exhilarating and emotional, celebratory and essential. They should be deemed a national treasure. 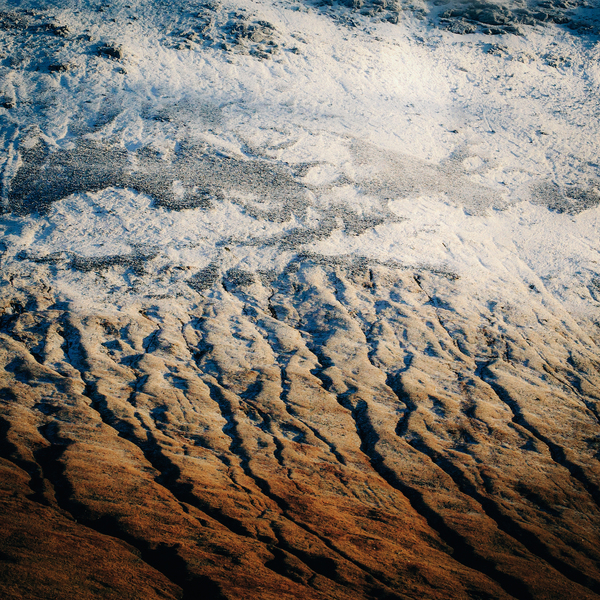 "Munro Bagger" is the third single to be taken from Axis Of’s new album ‘The Mid Brae Inn’.

The track distills the best parts of 2015 Axis Of: melodic, arpeggiated guitar riffs; ferocious kick drum patterns; tantalisingly original lyrics and a middle bit that you can throw your mate about to. 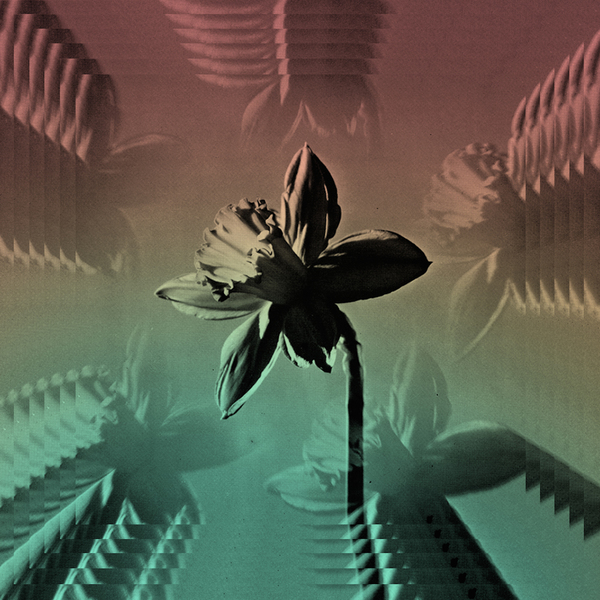 Following the release of the band’s debut album 'Sonic Moist' in November, USA Nails will tour Europe in February 2015. They will also be releasing a single featuring the title track from their record on Wednesday February 11th to coincide with this. Said single is backed with a brand new track called “What’s Wrong With Your Boy?”

A video for “Sonic Moist” directed by Steven (vox/guitar) will be released concurrently. USA Nails have secured a number of support slots for the likes of The Wytches, Future of the Left, Perfect Pussy, Mclusky, Guerilla Toss, Joanna Gruesome, Tera Melos and Pleasure Leftists among others. They have made festival appearances at British Wildlife (Leeds) and Carefully Planned #4 (Manchester) in 2014 and are in the process of securing slots at a slew of UK and European festivals next summer.

Axis Of
The Harsh Winds Of Rathlin (Single)

"The Harsh Winds of Rathlin" is the second single to be taken from Axis Of’s new album ‘The Mid Brae Inn’.

The track is a weather-beaten journey through the Axis Of environment - distorted bass butts its head against singalong vocal breaks, audience handclaps and mathematically-charged guitar riffs. The lyrics are equally memorable and evocative, this is a band that specialises in painting a vivid picture for each track they work on, "One wet Sunday, I dandered down to a place within the rocks. Found some drift wood and with a knife I glorified the lot. Wrote a thousand names in there a thousand more to go."

“The Harsh Winds Of Rathlin” is accompanied by a live bonus version of “Wetsuit” recorded on New Year's Eve at The Empire, Belfast. 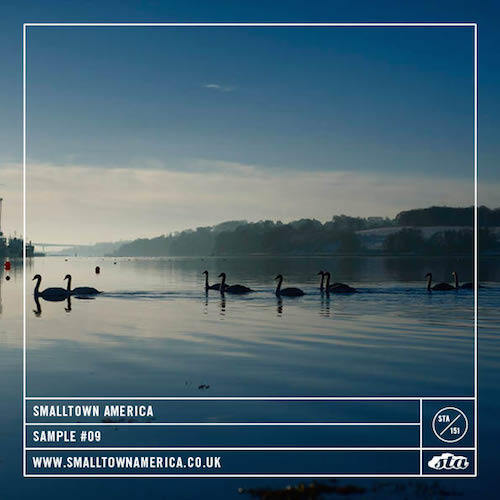 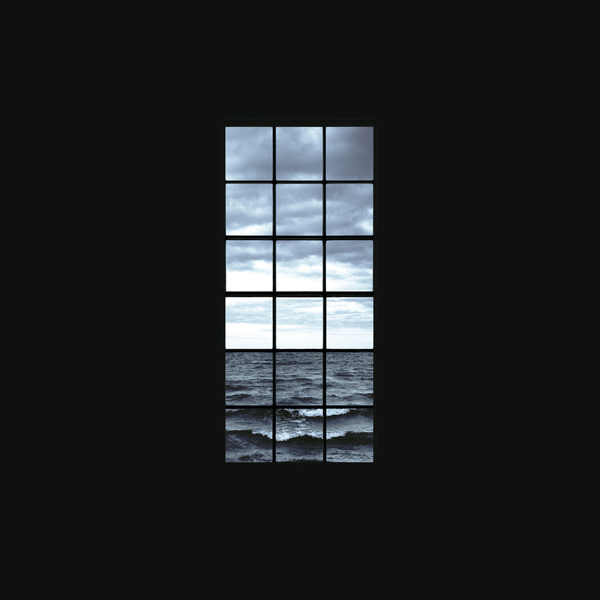 Axis Of
The Mid Brae Inn

Band succumbing to the sea is an apt metaphor for Axis Of's second record ‘The Mid Brae Inn’. Across its eleven tracks, distorted bass swells and soars whilst guitars foam with effervescent hooks. One can almost taste the salt on album highlights: “Wetsuit”, “Beachcombing” and “Quarrel Reef”. The Irish trio's sound is melodic and thunderous – drawing comparison to the Biffy Clyro crossover ‘Only Revolutions’. 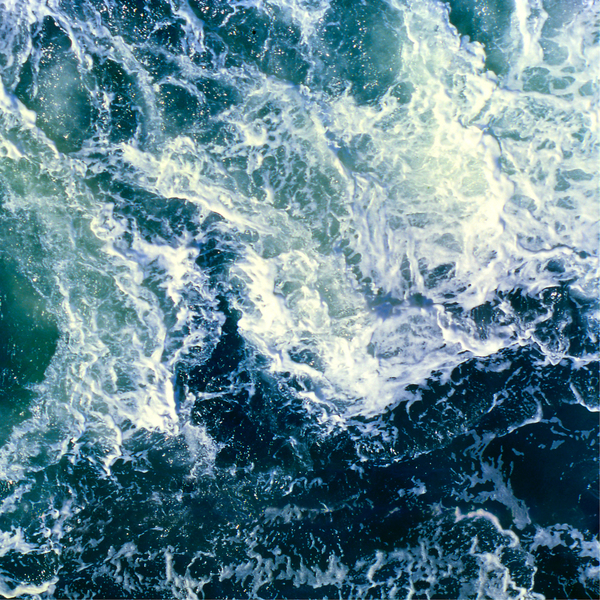 Wetsuit
All My Bones

“Wetsuit” is the first single to be taken from Axis Of’s forthcoming sophomore record ‘The Mid Brae Inn’. It illustrates a band that has honed its sound on the road combined with some serious songwriting know-how.

“The track is my attempt to comprehend the power of the sea”, explains vocalist, bassist and chief lyricist Ewen Friers. “One of the sea's most unrelenting features is its ability to simultaneously provide us with joy and pain. Growing up on the North Coast I have seen first-hand the aftermath of people being lost to the sea. We’ve attempted to frame this dark concept with some (hopefully) beautiful and joyous music.”

The sound created by this distillation of punk rock, pop hooks and tidal force is a memorable one. Axis Of’s tunes are ear-worms of the very best kind; scream-a-longs that are built to be heard live. Air punches mandatory.

The single is backed with a stripped back version of "All My Bones" another brand new track which features on the forthcoming LP but handled very differently for this release. 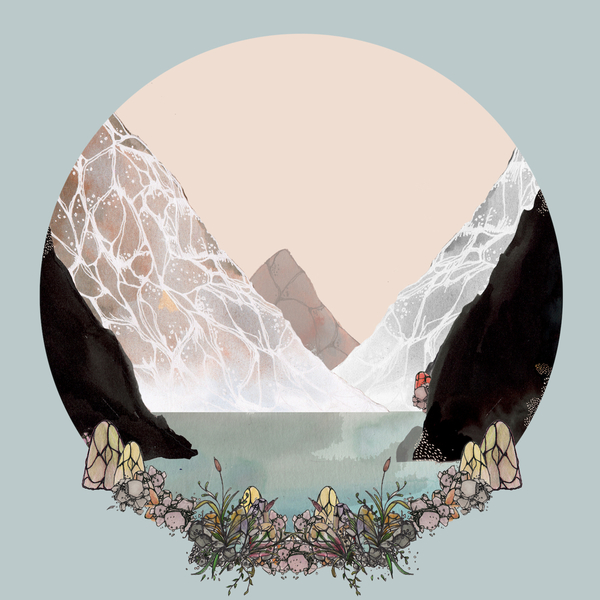 For Foes
Forget Myself
Guatemala
Maelstorm

Sullivan & Gold joined us in the studio on 12th December 2014 for a very special Christmas show, Live At Smalltown America. This EP was exclusively available to download via our eStore for 2 weeks only. 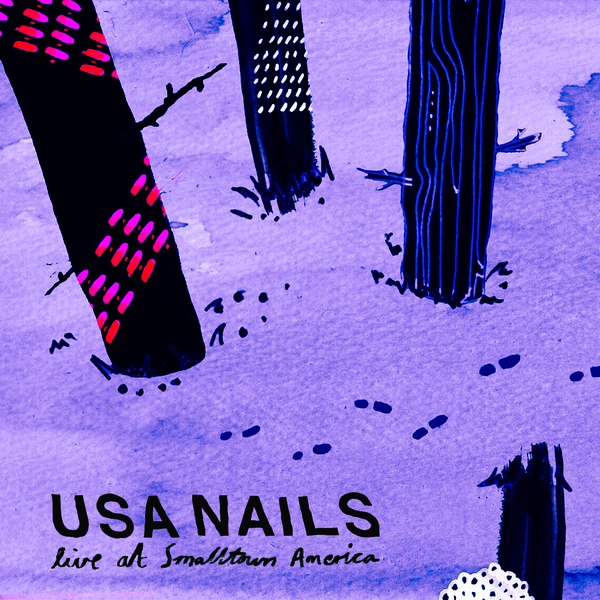 USA Nails paid a visit to STA HQ on halloween night (2014) and recorded a live session for us. The results were available for download from our eStore for 2 weeks only. Listen back to the gig in your own kitchen, shed, or sofa-chair. 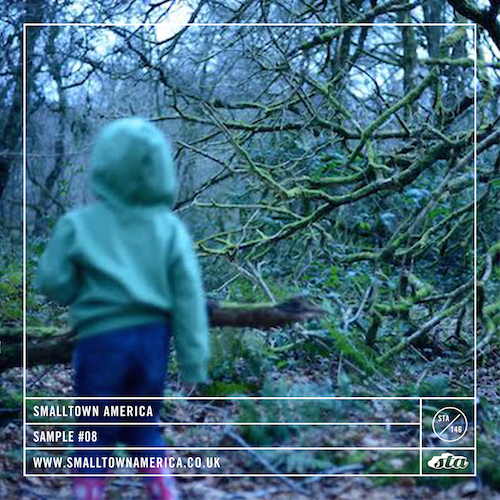 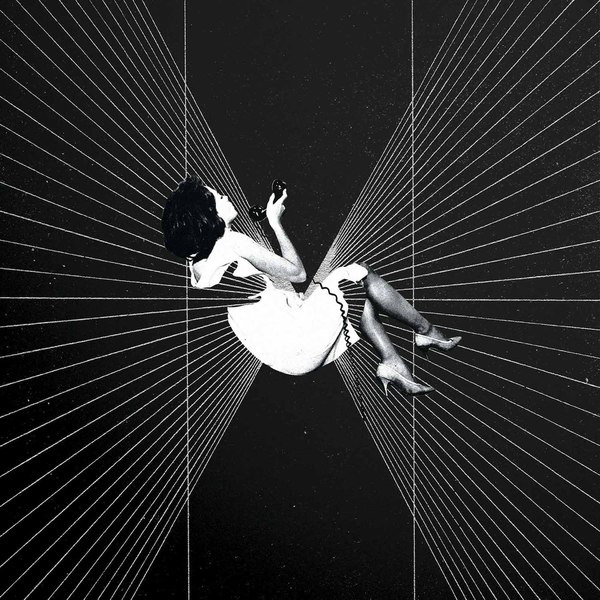 'Sonic Moist' is the debut album from London's USA Nails. Formed in early 2013 through a mutual love for noise rock, punk and krautrock, USA Nails are gleefully complicit in the resurgent post-punk scene in London.

'Sonic Moist' catalogues the first year of the band’s existence. The ethos of not over-thinking the song-writing process was carried through into the recording process, as all songs were tracked live, in a single day last summer. Gareth (guitar): "The creative process is fast, that's the main difference between this and our other bands I'd say. We write quick and try not to get bogged down on the little details". Steven's snotty spoke-sung vocals deliver an often menacing and uncomfortable tone across an array of unpolished, garage-noise riffs and drums. Although firmly rooted in post-punk, the album also traverses krautrock and noise-rock territories, while remaining consistently pissed off. 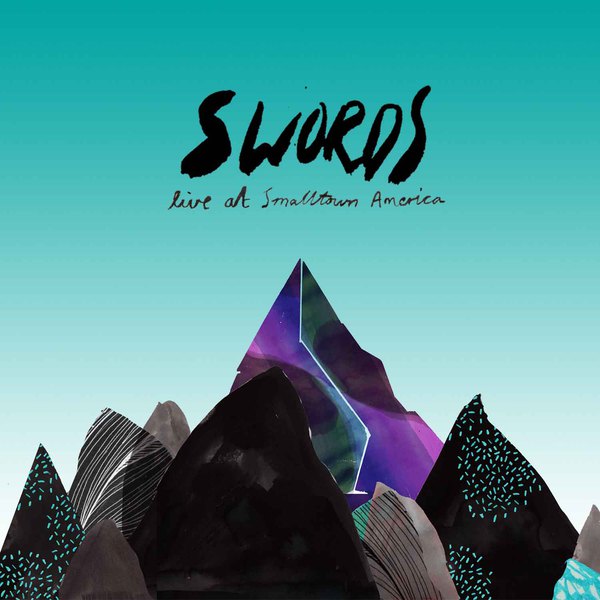 The result of a one-off special live set the three-piece performed at Smalltown America studios in Derry last month, the extended play will feature four new tracks from Swords including ‘Betty Machete’ a song that impressed during the band’s recent headline show at the Button Factory (read T.L.M.T’s review here) and a performance of ‘Wicklow’ taken from their debut album Lions & Gold.

Indeed the E.P. itself sounds and feels like a natural off shoot of the trio’s seminal set at the Dublin venue this summer. Imbued with the group’s powerful live performance and a clear evolution sonically, new songs such as ‘Glock’ and ‘Who Took Your Soul’ are shining examples of the trio’s continued growth in the build up to album number two. 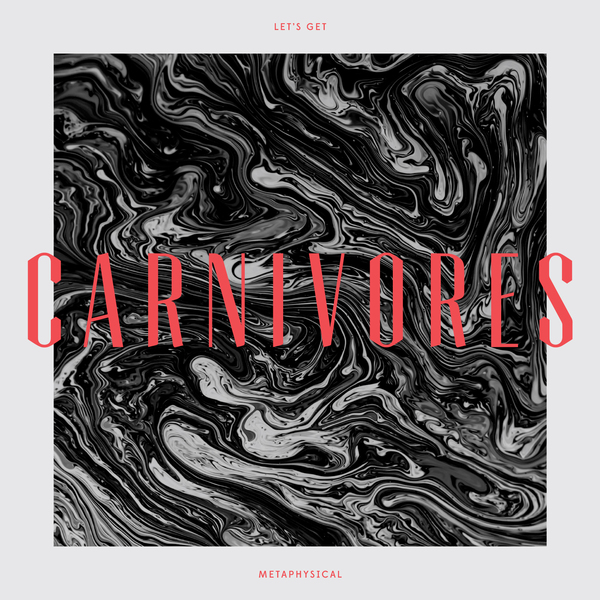 A three-piece rock band based in Paisley, Scotland. Described by the NME as sounding like "Weezer being beaten up by The Dillinger Escape Plan", Carnivores draw influence from Fugazi, At The Drive-In, Idlewild, Helmet, Elvis Costello and Nirvana.

"Chock-full of tunes" - The Skinny

"Begging to be played to thousands in stadium shows" - Scottish Fiction