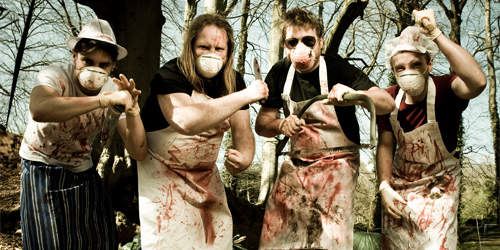 Pure Fire! Belfast based, four piece ass kickers - possessors of Jonny Black (aka 'that guy from LaFaro'). Polar opposite to the delicate poise of the influential jazz bassist Scott LaFaro from which this Belfast quartet takes their name, LaFaro are a wrecking ball of a band. Their rhythmic post-hardcore is designed to pulverize dance floors and leave no bottle of beer undrunk - this is music distilled to its fundamental elements – 'We hark back to time when rock music was still fun' states lead rabble-rouser Johnny Black ominously. Recalling The Jesus Lizard, Shellac, Helmet (with whom the band have toured Europe) and NI heroes Therapy? LaFaro have character, chops and emotion oozing through every seedy riff 'I love...
Home - Artists - Lafaro - Discography