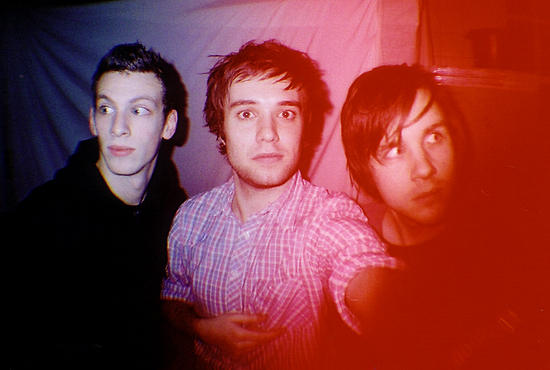 Fast-paced angular punk from England. An Emergency are a three-piece post punk band from Exeter, England. Formed in 2003, the group consists of singer-guitarists, Ben Woodhouse and Dan Reeves, as well as drummer, Tom Drakett. The group’s breakneck-paced style of angular punk rock earned them a supporting slot with Q and not U, a band whose influence is all over their sound, within months of forming. The band released two mini-albums, ‘If this is the Future Then Count Us In’ and ‘We are the Octagonists’, in 2004 and 2005 respectively before unleashing their first album proper, ‘Wrecked Angles’, in 2008 on Smalltown America Records.
Home - Artists - An Emergency - Discography